Let's talk about Maple Syrup. It is one of those magical things that nature provides and we lucky humans figured out. In the dead of winter, nature has a lot happening that you don't see. One of them involves the trees.

Here, in New Jersey, after the coldest part of the year has passed, the days are starting to get longer, and warmer in February. This triggers the life cycle of the hardwood trees. They begin to draw up nutrients from deep in the soil and push them up the tree and into the branches to feed the buds. You can see the tips and buds swelling as the weeks go by...then in April and May they burst open with life.

The Sugar Maples, like all the other trees, go through this gentle quiet cycle, but with a difference - the sap is sweet and can be cooked down into syrup. They are a slow growing, gorgeous tree, and they have a particular climate they like to grow in...somewhere near a good stream or spring is best. We are lucky enough to have access to a few good trees. They are in a ravine with the most perfect picturesque brook running through it.

The ravine...It is pretty steep, and the photos don't do it justice. There is a drop of about 40 feet from the top to the lowest sugar maple we tap. The incline is close to 10 inches for every foot. The whole thing is a bit treacherous in good weather...not something you want to do with snow and ice. One of these days we should put some type of path in. There used to be a path, but it got overgrown in between various years and changes in life. 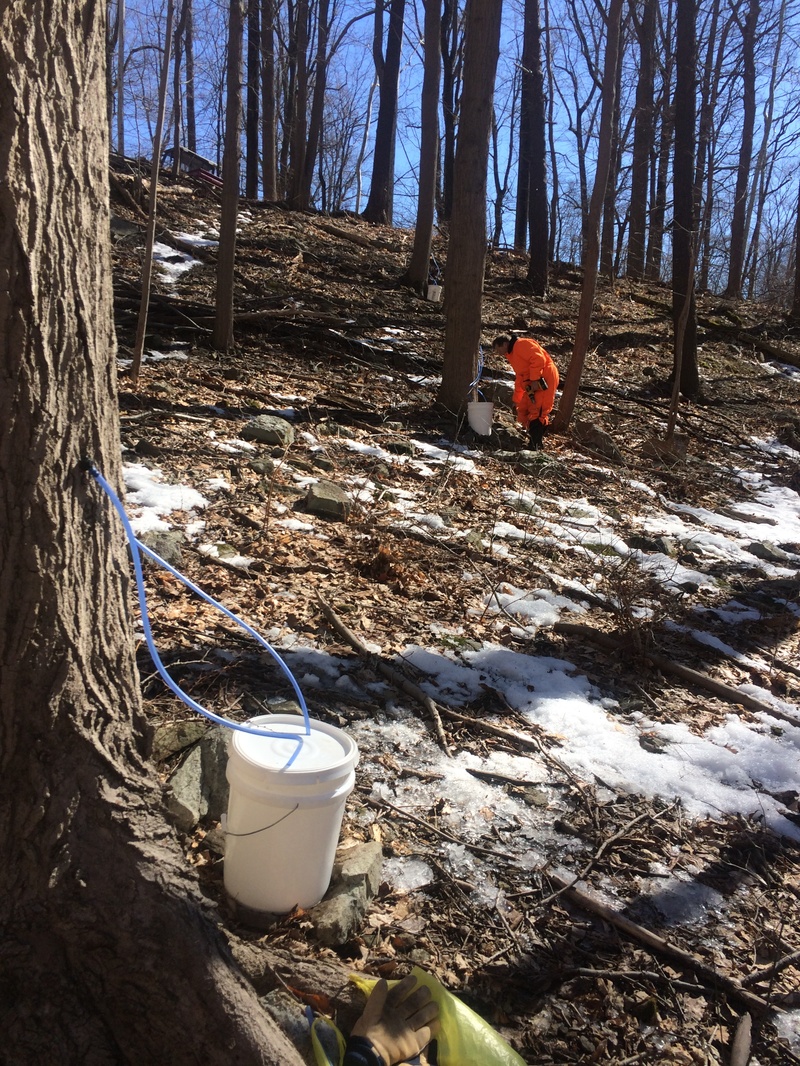 Last year, there was no way to get in there. February went by, and then all of March...It took until the second week of April last year for the ice to melt off enough to climb down there. It would have been impossible to haul 5 gallon buckets up that rocky icy slope. Plus, the sap season was over. Last year, 2014,  there was no sugaring done. This year? I was determined, as long as nature would let us.

The sap runs during the days that get above freezing, and the nights go below freezing. Generally, here in New Jersey, that is some time at the end of February. Well this year, there were NO days in February that met that criteria. It was unseasonably cold, with virtually every day being in the 20's if we were lucky. Plus, there was snow, lots of snow. Absolutely no way to get down there. I did a lot of pouting.

Then March came around. The beginning of March it snowed. And snowed again. And there was ice...but it was still a bit too cold. Then it thawed. We were lucky. Enough of the ice melted that we could get down there. It had stayed below freezing so the sap hadn't began to run. It would be a really short window, but we could get a week in before it got too late in the year.

The two of us fools, went out with the drill, the taps and the buckets, climbed down the ravine and tapped three trees. We only tapped three because it was late in the season and I have a lot going on at the end of March. I wouldn't have the time to boil down multiple batches of sap. Additionally, because it was late, we didn't want to steal too many nutrients from the trees. We want them to be healthy. The sap season was going to be short.

We tapped the trees. It is really neat, because as soon as you tap them, you can hear the sap dripping into the buckets. Blip,blip, blip...The sap only runs on days above freezing. We had three days, during that week, that it never went above 30F. The other days it was perfect weather. At night when the temperature drops the sap doesn't run. It was good. John hauled up the buckets and in two days we had 60 liters. Time to boil. It boiled for hours...hours...until we had our 6 cups of syrup. Yes, I said 6 cups from 60 liters. Then we collected enough on the second trip to make another 60 liter pot full... 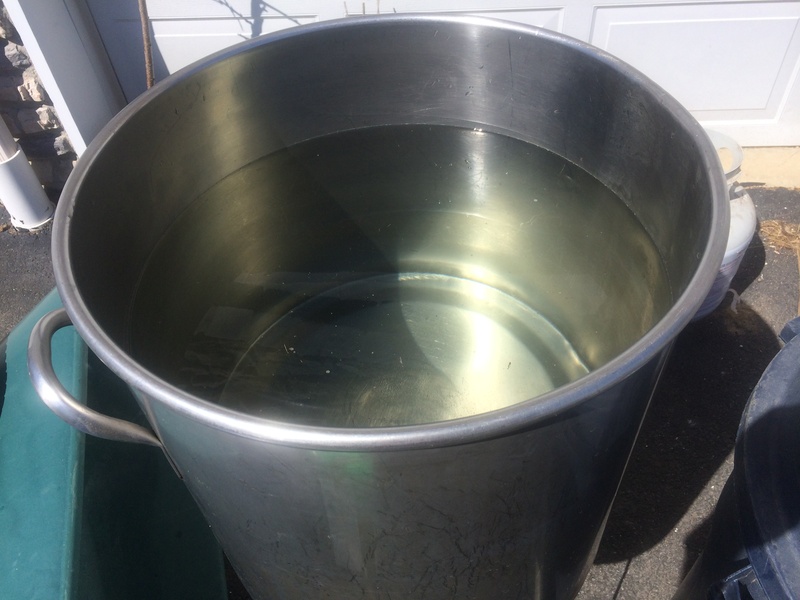 John and Kurt, plugged the trees, and brought home the buckets and taps. Oh yeah, plug the trees. You don't want to leave the holes open. It would be like a wound and just keep leaking. John takes a piece of wood the size of the hole and taps it in the hole to seal it up. The tree will grow around the litle stick and heal perfectly fine. First aid for the tree.

So we now have a dozen cups of syrup. Golden good syrup. We did get some this year. One weeks worth from three trees. It was almost 3 quarts worth of golden sweet syrup. It is pretty, isn't it? 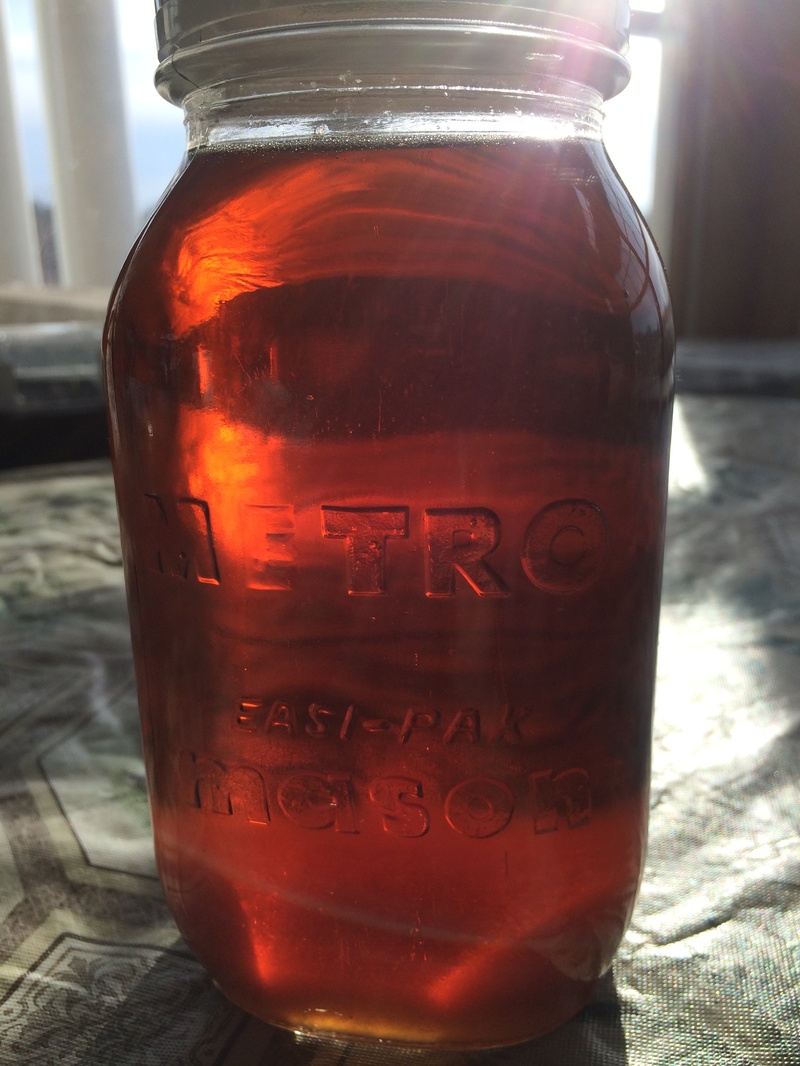 In the 'quieter' winter months I hold workshops here once or twice a week. I teach bread baking skills, cheese-making, canning and more.

Last Friday I held a Bread Baking Skills Class where we covered all the basics of making homemade bread. We baked some fun things like rolls shaped like bunnies and hedgehogs, cinnamon rolls with cream cheese frosting, a rich braided egg bread, and shaped baguettes.

I had to postpone this week's workshop-  working with whole grains. We will do a honey wheat bread, a crusty Artisan 100% whole wheat bread (pictured), a rich multi-grain loaf, and a nice spelt loaf on April 10th.

The nextt two workshops of this season are next week on March 27th and 28th. There will be another Sour Dough Workshop, and then the last Home Canning Workshop for this spring.

Depending on the schedule next fall we may or may not do a few more. But for now, the spring is arriving, very quickly, and the amount of extra time in a day is disappearing. I have to grow your vegetables. 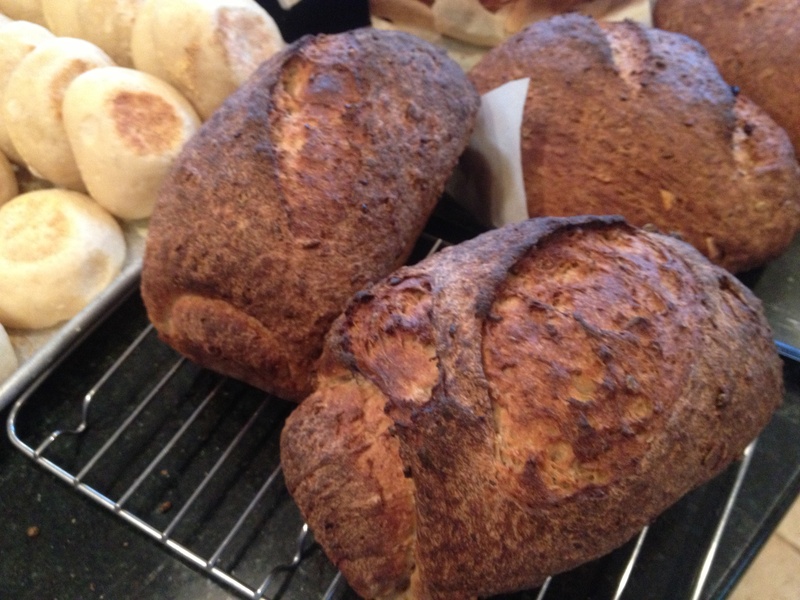